Maria watches over the girls (from left: Angela, 3, Lucy, 8, and Arianna, 4, as they play on the grounds of an abandoned building on the avenue. They are on edge, Missael left in anger last night. He called at 5:00 this morning to say that he was ok. Maria says that her family was supposed to go to a birthday party at Chuckie Cheeses but when Missael took the car, he also took all their cash and Maria's bus pass. Missael's driver license has been revoked after a double D.U.I for meth.

Filename
####_LOC_npmethMgone14a.jpg
Copyright
K Loberg
Image Size
1898x1312 / 1.1MB
Contained in galleries
Getting By After a Life of Meth 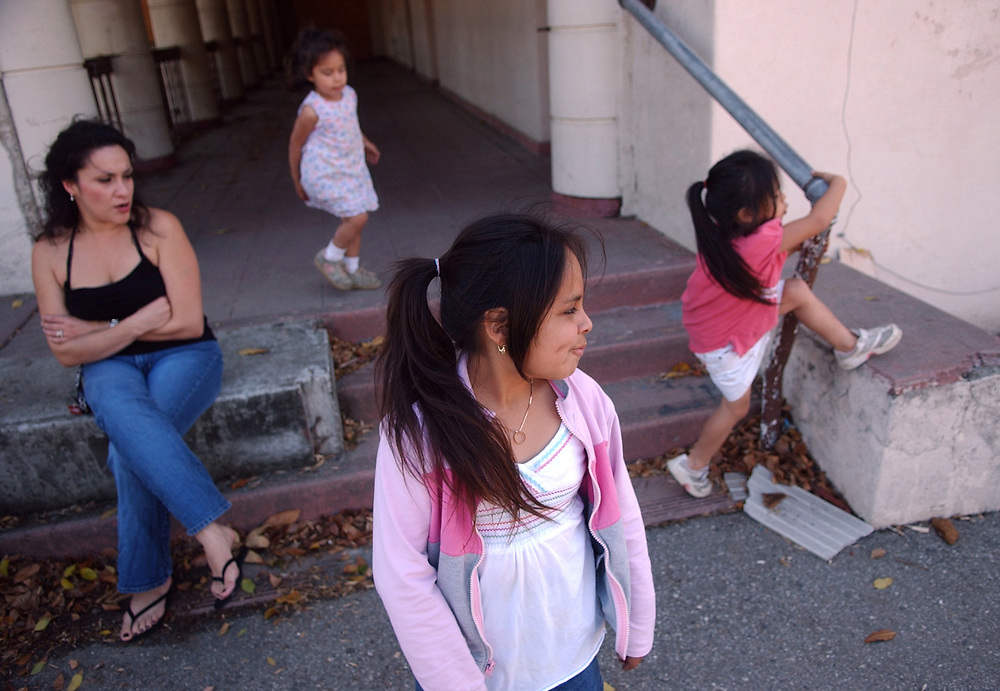