Angela, 2, catches her last moments of sleep before leaving for daycare during the summer. Four months later, according to her father Missael Palma, pinch marks appearing on Angela's caused concern from a teacher and Child Protective Services were alerted. The young couple welcomed parenting classes and one-on-one therapy. Weeks later a bite mark appeared on Angela's face that her mother said she did as a love bite. Now the children are in foster care while Maria and Missael are involved in intensive counseling.

Filename
####_LOC_npmethkql16c.jpg
Copyright
K Loberg
Image Size
2000x1312 / 1.3MB
Contained in galleries
Getting By After a Life of Meth 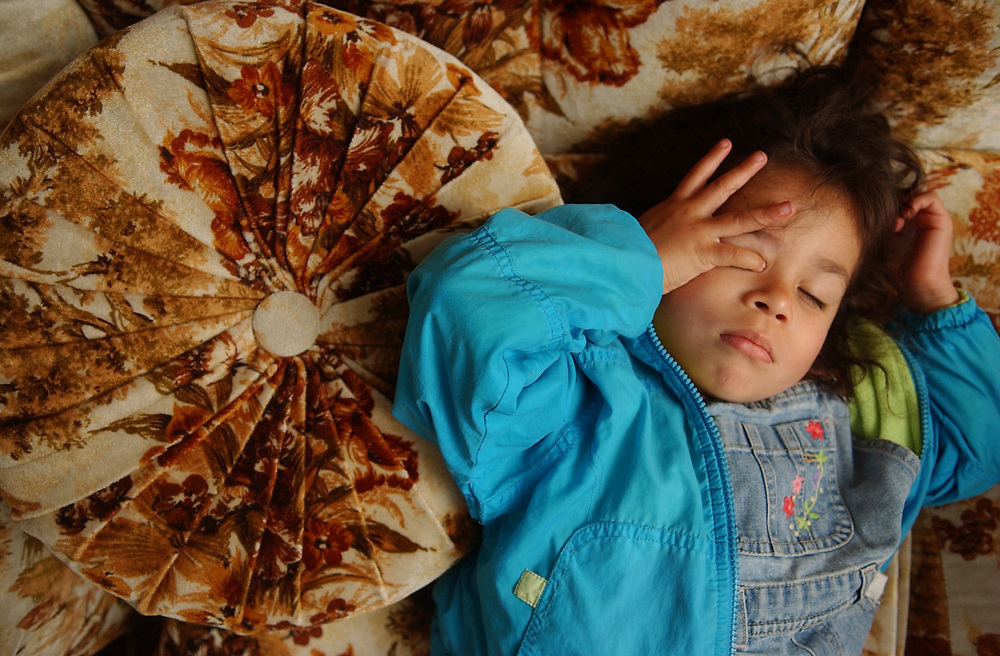